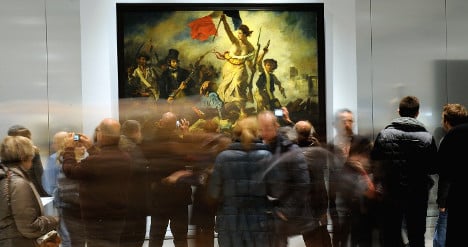 The French are in love with the idea of radical change, and even revolution, but they are also profoundly attached to keeping things just as they are, according to a new opinion poll.

Eighty-four percent believe that “France must be radically transformed”, according to the wide-ranging survey by polling institute CSA, which last month asked more than 2,000 people for their views on their country and their political rulers.

The word “change” was a positive notion for 87 percent of them, “reform” met the approval of three quarters of the people questioned, and “revolution” got a healthy 57 percent of thumbs up.

But then when asked about changing specific things, the love of the status quo quickly got the upper hand, according to the survey titled "if you could reinvent France."

Fear of an uncertain future appears to be an issue for many French, with 54 percent of them opting, if given the choice, for a time machine that would transport them into the past, against 44 percent saying they would pick a device that would catapult them into the future.

While successive right and left-wing governments have not dared to undo France’s 35-hour working week, a surprising 49 percent of those questioned by CSA say they think that it should be increased to a weekly 39 hours.

Le Monde, commenting on the apparent contradictions of the French character, ironically suggested that any politician running for high office could use the phrase “It’s time for ambivalence” as his or her slogan.