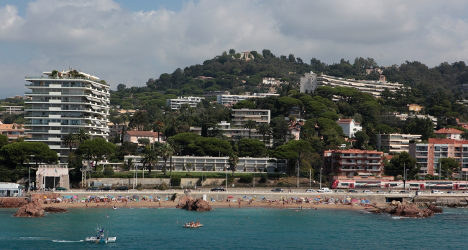 The French Riviera, where a British pensioner has been convicted for murder. Photo:AFP

A French court on Thursday sentenced a British pensioner to 30 years in jail for the 2010 murder of a widow he invited to dinner at his home on the Riviera, and the rape of his young housemate in 2012.

Robert Dolby, 74, was described as a sex-obsessed narcissist with a Jekyll and Hyde double personality during his trial this week in the Mediterranean city of Nice.

The former chef, who retired to the sun-soaked south of France in 2005, was in 1991 sentenced to four years in prison in the UK for sexually assaulting a colleague he invited to dinner.

He first drew the attention of French police in 2012 when he was accused of raping and attacking a partially blind woman named Cindy, who testified in his trial.

Cindy said she met what she believed to be a lonely, childless pensioner in a bar in Monaco.

She was looking for accommodation and he offered to let her share his home in the town of Beausoleil in France bordering the principality.

Cindy has told the court that his "paternal, protective" side quickly became overwhelming, and led to him declaring his love for her and a violent middle-of-the-night attack in which she was digitally penetrated and strangled near to death.

Investigating the attack, police stumbled on the suspicious death of another British woman, Annie-Claude Chevalier, a 60-year-old widower, while dining with Dolby two years previously.

Her death was declared natural as a result of a heart attack, but an emergency services worker raised concerns over Dolby's calm state of mind after she died, lipstick stains on two cushions, and a blue tinge to her partially naked body.

Chevalier's body was exhumed after the attack on Cindy and traces of a powerful sleeping drug Zolpidem were found in her system, the court heard. An expert said the levels found indicated she had ingested it after arriving at Dolby's house.

A psychologist told the Nice court on Wednesday that Dolby had "in all likelihood a split personality, Dr Jekyll and Mr Hyde", on one hand he was a seducer and on the other overcome by powerful urges.

A psychiatrist separately testified that he displayed signs of "narcissistic perversion", capable of throwing out "seductive hooks" while at the same time being "emotionally anaesthetised, very cold."