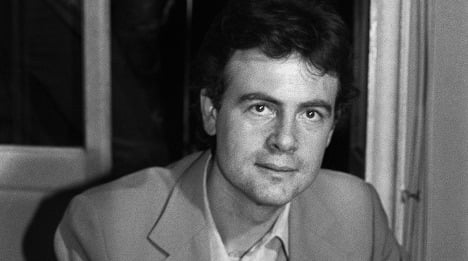 He may not be well known in the Anglo literary world but he certainly is in France, where he is considered one of the country’s most celebrated writers.  His crowning moment before winning this year’s Nobel Literature Prize was in 1978 when he picked up France’s prestigious Goncourt prize for his book “Missing Person”. He’s also won the National Literature Grand Prize (1996) and the French Academy’s Grand Prize for his novel “Ring Roads”.

The 69-year-old, born at the end of World War Two has described the Occupation of France as "the soil I grew up in". On awarding him the Nobel Prize the Swedish Academy said it wanted to celebrate his "art of memory" in capturing the lives of ordinary people during German rule, which lasted from 1940 to 1944 in France. Modiano's recreations of wartime Paris are stuffed with meticulous detail – street names, cafes, metro stations and real-life events at that time – earning him the moniker of literary archaeologist.

Modiano has more strings to his bow than just being a novelist. He co-wrote the screenplay for Lacombe Lucien, a movie directed by Louis Malle, which focussed on French collaboration with the Nazis. He has also written children’s books. Britain’s Guardian newspaper points out that the film database IMDb records that Modiano is not only a screenwriter for both film and TV, but an actor, who appeared with famous French actress Catherine Deneuve in the 1997 Raoul Ruiz film Genealogies of a Crime, playing a character called Bob.

4. French term named after him

Modiano has confessed his love for all things mysterious. "The more things remain obscure and mysterious, the more they interest me. I even try to find mystery in things that have none," he wrote in the autobiographical work "Pedigree" (2005).

In a nod to that penchant for mystery, the French term "modianesque" has come to refer to a particularly ambiguous person or situation.

Modiano, who lives in Paris, is known to shun media attention and rarely gives interviews. After meeting Modiano,France Today magazine wrote: You’ll never stumble upon him at one of those literary cocktail parties Parisian editors adore, nor will you spy his rangy figure on popular talk shows. Modiano’s interviews are few, but his words are priceless."

Another critic once described him as "One metre 90 of timidity and candor".

He was born at the end of World War II, on July 30, 1945, in the Paris suburb of Boulogne into a family whose complex background set the scene for a lifelong obsession with that dark period in history. His father, Alberto Modiano, was an Italian Jew with ties to the Gestapo who did not have to wear the yellow star and who was also close to organised crime gangs. His mother was a Flemish actress named Louisa Colpeyn.

Along with collaborationist France, Modiano's work is haunted by what he says was a cold upbringing, creating the impression of a long letter to his parents. The writer has described his mother's heart as so cold that her lap-sized chow-chow leapt from a window to his death. The eldest of two boys, Patrick spent long periods in boarding schools. His younger brother, Rudy, died in 1957 when Modiano was still a boy. When he was 17, Modiano broke all ties with his father, who died 15 years later and to whom he has devoted several books.

In an interview with Le Figaro Modiano suggests that writing is more of a burden than a pleasure to him.

"For a long time I’ve had a recurring dream – I dream I don’t have to write any more, that I’m free. I’m not free, alas, I’m still clearing the same terrain, with the impression that it’s never finished," he said. He also described his troubles when he first started out as a writer.

“Recently I looked back at my first manuscripts and was struck by the lack of space, of breath. That’s exactly how it felt, back then … like I was suffocating,” he said.

But he persisted and has been more than rewarded for his efforts. Modiano compared writing to driving in fog: "You don't know where you're going, you just know you have to go on."

Modiano has produced around 30 works in all, most of which are shortish novels. He had first work published when he was just 22, when most people his age are still struggling to write essays at university. He owed his big break to a friendship with a friend of his mother, French writer Raymond Queneau, who was first introduced him to the Gallimard publishing house. The book "La place de l'etoile" (The Star's Place), was a direct reference to that mark of shame inflicted on the Jews.

10.   Turned down the Académie Francaise

France’s famous guardians of culture and language the Académie Francaise was keen to appoint Modiano to their group of “Immortals”. But perhaps uncomfortable with the publicity it would have brought him, Modiano turned down the nomination.