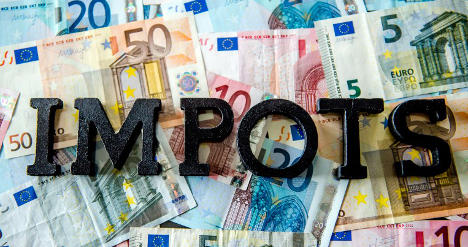 First the good news – French people are not the most taxed in the world, as many would you have you believe.

And now for the bad news. They are second when it comes to handing over most money to the state in taxes. Only the Danish taxman is greedier than France's.

According to the Organization for Economic Cooperation and Development  (OECD), overall taxation among the world’s top economies rose to the highest level in six years in 2013.

That means the French have a higher tax burden than anyone in the world but the Danes, who held on to top spot after seeing their tax rate rise from 48.1 to 48.6 percent.

France also has the second highest property taxes in the developed world, accounting for 3.8 percent of their GDP.

The UK – through high taxes on commercial and residential property which include council tax, inheritance tax and business rates – claimed first place in this regard despite a slight drop in property taxes as a percentage of the GDP compared to 2012.

This table produced by French daily Le Figaro shows which OECD countries were the most taxed in 2013.

Socialist President Francois Hollande was elected in 2012 partly on a promise to tax the country’s rich with a rate of 75 percent but his government’s policies have started wearing holes in the pockets of average French people too.

As a result, France has seen an explosion in the number of households requesting a deferral or cancellation of part or all of their tax bills.

Earlier in December, French finance minister Michel Sapin promised there would be no tax rises in the next three years in a bid to try to restore the public’s faith in the French government.