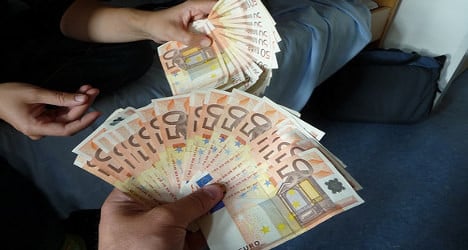 So where's the most corrupt region of France? Photo: Rex Roof/Flickr

The most famous recent case of corruption in France was almost certainly that of the budget minister Jéröme Cahuzac and his secret hidden bank account in Switzerland.

But a new report suggests corruption in France is not just limited to politicians in the country's capital, although plenty more have been implicated since Cahuzac fell.

Indeed corruption affects the whole of the country, albeit some regions more than others.

To "make up for the lack of data" on convictions for corruption in France, Transparency International published a map (see below) that shows where the cases of proven corruption have occured in recent years.

Or at least the cases that they found. Transparency warned that many others may have escaped their net. While Île-de-France, home of the City of Light, tops the list with a total of 87 proven corruption cases, the southern region of Provence-Alpes-Côte d’Azur comes in second with 26 cases.

The watchdog's report also highlighted the professions most likely to involved in corruption and the clear winner was France's mayors. Indeed there were 130 cases of corruption involving mayors, twice as many as those concerning company bosses.

When it came to corrupt mayors, their crimes normally centred around the awarding of public contracts.

In Transparency International's recent report into corruption, France, as a country ranked 26 – on par with Estonia and Qatar – on a list of the world’s “cleanest” countries, with Denmark, New Zealand and Finland claiming the top three spots, in that order.

Transparency International, which is a not-for-profit corruption watchdog warned that if France wants to do better in the world rankings it needs to employ better surveillance tools and get its citizens more involved in preventing corruption.

“There will be no lasting progress in the fight against corruption in France with an increase in vigilance and citizen engagement. For a start they need to stop voting for elected officials convicted of dishonest conduct,” Daniel Lebègue, president of the agency’s French section told French daily Le Figaro.

Earlier this year, The Local reported that the European Union said France needed to do more to fight corruption, urging it "to identify risks at local level" and "set priorities for anti-corruption measures" when it comes to, for example, the handing out of public contracts.

“The most common public corruption is among local and not national authorities in France. The council members and mayors are in closer proximity to local business people,” Jacques Terray, the Vice President of Transparency International in France, told The Local at the time.

“Sometimes they are even related. They see each other in the street every day,” he said.