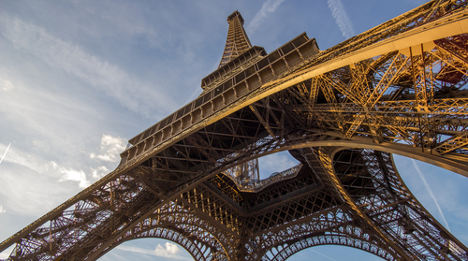 On March 20th 2015, tourists clambering up the Eiffel Tower will have to move aside and make room for an unprecedented event: La Verticale de la Tour Eiffel.

France’s most famous attraction will follow in the footsteps of other tall buildings around the world (most famously New York’s Empire State Building) and transform itself into a race track for the fittest of the fit.

“Between the second and third floor, participants will feel like birds in the sky,” race organizer Jean-Charles Perrin explained about what makes this event unique when compared to other skyscraper sprints.

Unfortunately the race is not open to everyone. Only 60 experienced athletes can take part:  40 elite runners in staircase and trail racing (chosen by a committee of experts) and 20 unknown runners.

Applicants must pre-register and pay €10 before December 31st, as well as provide evidence of their running capabilities.

“As it’s the first year, we want to be sure we’re not putting participants in danger,” Perrin argued.

“The heart beats very fast in these kinds of races.”

La Verticale will kick-start a weekend of racing in the French capital under the name Ecotrail Paris, including a knee-wrenching 80km ultra marathon.