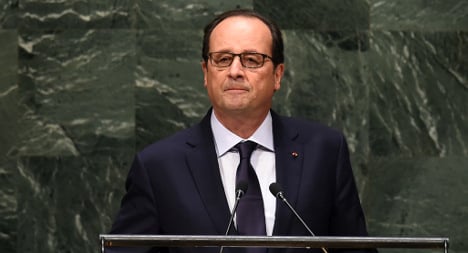 Faouzi Lamdaoui, Hollande's chief of staff during his presidential campaign who subsequently became his advisor for equal opportunities and diversity, has been summoned to court for acts dating back to 2007-2008 in connection with his involvement in a transport company.

He resigned "to give himself the means to defend himself", the Elysee palace announced in a statement.

Hollande promised a government of unimpeachable morals when he was elected French leader in May 2012, winning against centre-right rival Nicolas Sarkozy, who has been directly or indirectly involved in several graft investigations.

But his Socialist presidency has since been hit by a steady stream of scandals that have contributed to making him the most unpopular leader in modern French history.

Just two weeks ago, his junior minister for veteran affairs Kader Arif resigned over a probe into whether two companies run by his brother and nephew benefited from favouritism in the awarding of public contracts worth millions of euros.

In September, junior trade minister Thomas Thevenoud was sacked for tax irregularities only two weeks after being appointed in a shock cabinet reshuffle following a party rebellion.

Several months before that, Hollande's senior political advisor Aquilino Morelle resigned over allegations about a conflict of interest and an extravagant lifestyle.

And former budget minister Jerome Cahuzac, who was in charge of fighting tax evasion, resigned in March last year after admitting to having an undeclared foreign bank account.