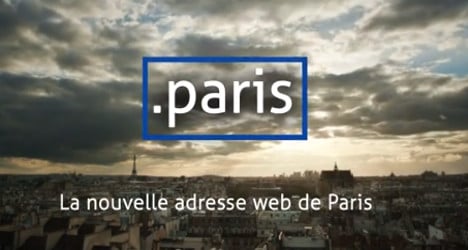 Fancy getting your hands on a .Paris domain name? Photo: Screengrab bienvenue.paris

After an initial priority booking phase for companies during which 2,000 “.paris” domain names were registered, the general public can now also get their hands on one.

Within two years the city of Paris plans to make 10,000 “.paris” domain names available, which will set you back by at least €29.

Jean-Louis Missika, one of the deputy mayors of Paris, who's in charge of the city’s attractiveness and economic development, said search engines will probably prefer a “.paris” domain name to a “.fr” one when queries are made within the Paris region, which would allow the city to control its digital territory.

From a marketing perspective, the new domain name is interesting to companies based in Paris who could print the link to their website with the “.paris” extension onto their products.

Even the official governing body of France’s capital city is planning to gradually change their sites from “.fr” to “.paris” according to Missika.

He expects a progressive income for the city of more than €1 million by 2015 shared with AFNIC, the operator in charge of managing the domain names.

The “.paris” extension has certainly proved a success among companies with authorities reporting twice as many bookings as initially expected.

For more information on how to obtain a .paris domain name visit. www.bienvenue.paris.