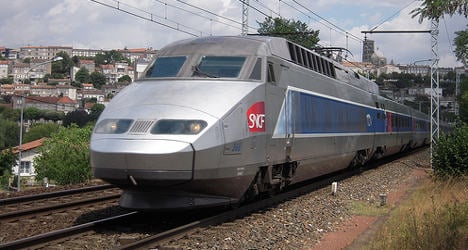 Francesco Plateroti had more reason than most to visit the lost property section at a train station.

The Franco-Italian art collector left a 13th century Chinese scroll “Le banquet des immortels à la terrasse de Jade” (“The banquet of immortals on the terrace of Jade”) by Wang Zhenpeng, estimated to be worth around €1 million ($1.25M), on the TGV train he was travelling on on November 21st.

After presenting the work of art, which dates from the Yuan dynasty (1280 – 1329) in the French capital, Plateroti took the high-speed TGV train from Paris to Geneva line and got off at Bellegarde-sur-Valserine, a town close to the border with Switzerland and the final stop before Geneva.

Plateroti, who gives lectures on art around the world, didn’t realize immediately that he didn’t have the scroll with him. By the time a panicked Plateroti noticed that something was missing, the train had already left for Geneva.

“I was crushed when I realized I didn’t have it with me,” Plateroti told The Local. “It was a massive shock".

He immediately alerted staff, who contacted colleagues in Geneva. The train was searched, but unfortunately nothing was found.

All lost property items are sent to a central office in the Swiss city of Berne, but so far no million-euro painting has been handed in.

The frustrated collector then took it into his owns hands to try to track down the work of art.

He published a small ad stating he would be willing to pay a reward to whoever returns it to him.

But that hasn't proved to have had the desired effect.

“People take advantage of my misfortune,” Plateroti told The Local, adding the artwork would "sell for over €1 million at auction".

“They are calling me to say they have the painting and that they will send it once I put the reward money in their bank accounts.

"This all makes having lost the painting a lot worse.”

While he hasn’t received any good news yet concerning the loss of his prized possession Plateroti still remains hopeful.

“You have to be optimistic,” he said.

“After all, a positive attitude can overcome many obstacles.”

On the bright side, the painting can’t be sold legally at least, because Plateroti still has the certificate that made it possible to travel with the painting and confirms its authenticity.