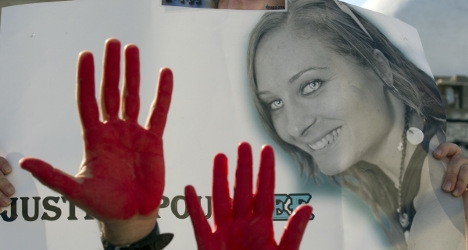 Trial for the death of Lee Zeitouni halted in Paris after lawyer attacked. Photo: Jack Glez/AFP

An unidentified man punched Regis Meliodon, a lawyer for one of the defendants, in the face during a break in the trial and then fled.

The trial will pick up again on Wednesday with statements from the defence and prosecutors.

The assault underscored the strong emotions surrounding the 2011 tragedy, which sparked outrage in Israel after the pair fled to France.

Eric Robic, who has confessed to being behind the wheel at the time, faces charges of aggravated manslaughter and not providing aid to a person in distress.

The passenger, Claude Khayat, stands accused of the lesser charge of not providing aid to a person in distress and faces a possible 75,000-euro fine.

Lee Zeitouni, a 25-year-old pilates instructor who was crossing the road to get to work on the morning of September 16, 2011, was killed when she was hit by the 4X4 driven by Robic.

The two men had just left a nightclub where they had consumed alcohol, according to witnesses.

They did not stop after the accident and immediately fled to France, prompting a huge outcry in Israel.

Both men apologised to the victim's family.

The victim's family, who has travelled to France for the trial, would have preferred it to have taken place in Israel, their lawyer said.

"But this is better than nothing and they have arrived with confidence," added the lawyer, Gilles-William Goldnadel.

He described Robic as a "habitual road criminal" who showed "rare cowardice" in deciding to flee the scene.

The lawyer said it was "fortunate" that courts have been harsher on what he termed "road criminals" in recent years. 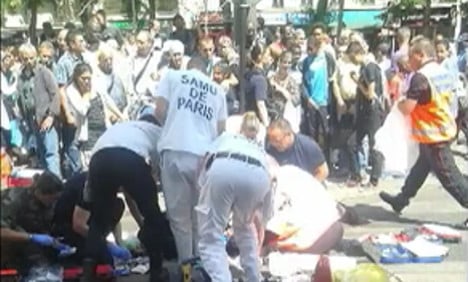 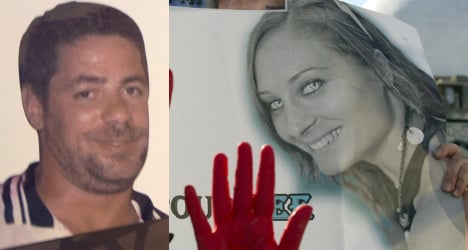