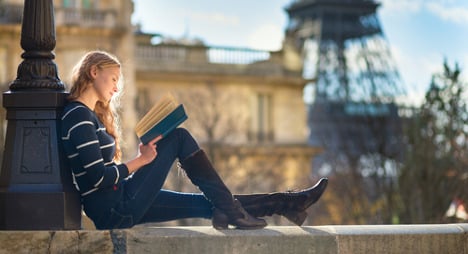 There were a staggering 96,782 foreigners studying in Paris in 2013. Photo of student in Paris: Shutterstock

It may not be known as an ideal place for young people on a budget but France’s capital continues to outshine other world cities in many other student-related matters.

A study published on Wednesday by British education company Quacquarelli Symonds (QS) has given Paris a grand total of 412 points, 15 points more than Melbourne and 20 more than London.

“These rankings bear witness to the international appeal of Parisian universities for the quality of their teaching and research facilities,” Paris Universities chancellor François Weil told French daily La Depeche.

“It has no less than 17 world-leading universities…comfortably more than any other city on the planet except for London, which has 18,” QS reported in 2013.

The British education company has gifted the French capital top spot in the previous two “Best Student Cities” rankings, this year assessing other city matters such as pollution, safety, social progress and views on corruption.

“While Paris does have a reputation for being an expensive place to live, relatively low tuition fees mean that for students, it actually represents a more affordable destination when compared to many other popular student cities,” QS added.

“Parisian graduates are targeted by a vast range of employers across the continent… and students in Paris often enjoy extensive access to leading academics, with small class sizes and intensive teaching”.

Another study published on Wednesday by Ernst and Young (Global Talent in Global cities) shows that, despite Paris’s enviable job prospects and relatively low tuition rates, foreign students flock to London and Singapore in greater numbers.

There were nonetheless a staggering 96,782 international students in Paris in 2013.