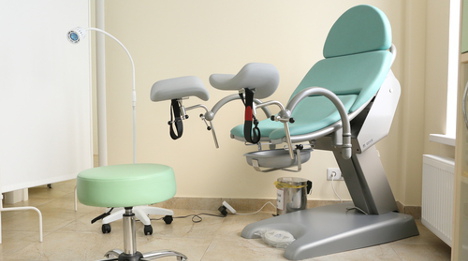 They do not name and shame any particular doctor, but instead share offending remarks with other women who might be similarly outraged under the hashtag #PayeTonUterus (paying for your uterus).

“When your (male) gyno tells you that your “period pains are in your head, stop being a wuss,” wrote Audrey S. in one of the more than 10,000 tweets that have flooded in since the hashtag was coined a few days ago.

“When you hear your gyno moaning: ‘Ah! You’re bleeding everywhere, I can’t see a thing any more!’. And it is HER fault,” was Lucile’s contribution.

Another woman named Jessica said: "When your gynecologist doesn't know that lesbians can also contract STDs".

Another complained: "When your gynecologist won't let you get a breast reduction, because you 'won't be able to breast feed in future'. So what!"

"You don't take the pill. Is your boyfriend OK with that?" was a comment from a gynecologist that angered one French Twitter user.

Ondine, a 25-year-old pharmacy student who launched the hashtag told Le Monde that “when you are faced with moralizing or even abusive health professionals, you pay dearly for having a uterus, both literally and figuratively.”

“In the university, we unfortunately get very few classes on this. They don’t look at patients as people but as illnesses,” said Ondine, who describes herself as a militant feminist.

A parallel initiative has been launched on a website which lists French gynecologists who are deemed to have a “fairly feminist approach”.

The “militant feminists” behind the venture ask their readers to fill out a questionnaire on their gynaecologist or general practitioner that will determine whether he or she has what they see as an acceptable approach. If so, the practitioner will then be added to the list on the site.