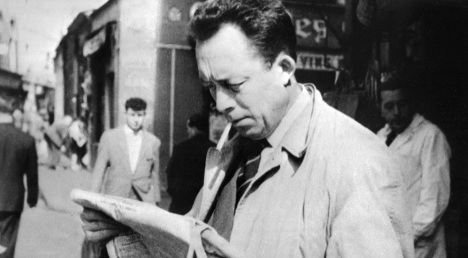 The letter written by Camus, the Nobel prize-winning author of the classic existentialist novel "The Stranger", is undated but is believed to have been written in March or April of 1951.

It shows the two intellectuals on good terms — only months before they famously fell out.

The long letter, authenticated by an expert, begins with "my dear Sartre" and includes a recommendation that Sartre consider an actress named Aminda Valls for one of his plays. He calls the Spanish actress a "marvel of humanity".

Sartre was preparing to stage his play "The Devil and the Good Lord". Valls did not end up taking part in the production.

"The letter was acquired by an autograph collector in the 1970s and kept in a frame above his chimney ever since," said Nicolas Lieng of the Le Pas Sage Bookstore, which specialises in 19th- and 20th-century literature.

The letter had recently been confided to the bookseller and it was bought by a private French collector about a week ago.

Camus makes clear that the letter was written from his apartment on Rue Madame in Paris's chic 6th arrondissement, where the writer lived from 1950 to 1954.

About six months after the letter, Camus would publish "The Rebel", which Sartre criticised, leading to their falling out. Sartre later destroyed nearly all of their correspondence.