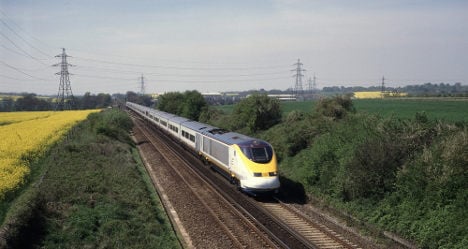 Almost 1,300 passengers travelling on the Cross-Channel service were blocked for several hours overnight near the northern French city of Lille, according to reports.

One train from Brussels to London carrying 600 passengers, stopped at around 8pm between Calais and Lille and remained there until around 4.40am when a locomotive train arrived to move the train on.

Another train from London to Paris with almost 700 passengers was also stranded in northern France for more than six hours.

Several passengers tweeted out about their nightmare journey.

#Eurostar a local to brussels sat next to me… Her Daughter got further in the 8hrs than we did.. She got to Mexico!

Longest journey on #Eurostar almost 9 hours to get to London. Ridiculous. I could've be on Antigua by now!

"Stuck on the Eurostar for four hours, ten minutes from Lille. No News. The driver must have been eaten by the passengers," tweeted one frustrated passenger, who tried to make light of the hellish journey.

3 am & just back to St Pancras on #Eurostar, only 5 & a half hours late, but they're paying for cabs home! pic.twitter.com/0GUUEzj7EB

The power cut naturally had an impact on the Eurostar traffic heading across the Channel. Those passengers affected have been promised a refund and will receive a free return trip, a Belgian news site reported.

The company was forced to apologise to customers and promised services would return to normal on Friday morning.

“Sorry for the very long delays due to an issue with one of the power lines,” the company said in a Tweet at 5:40am.

Sorry for the very long delays due to an issue with one of the power lines that left the #es9046 and #es9152 without power.