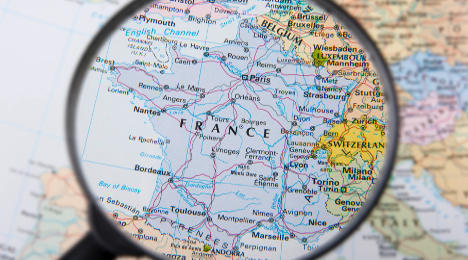 France’s National Institute for Statistics and Economic Studies (INSEE) released its 2014 social portrait of the country on Wednesday, which highlights how French society has evolved over the years.

We've picked out ten of the more interesting stats that presents a picture of the state of modern France.

There's more French people than ever before. France’s population, which includes metropolitan France and the overseas departments, has broken the 66 million barrier thanks to 280,000 births in 2013 corresponding to an increase of 0.42 percent. For comparison, the population of the UK is at 64,308,000 and that of Germany at 80,780,000. Despite the new population record, fertility rate in France fell below two children per woman in 2013.

With the debate on Sunday working in full swing it’s interesting to see that working hours on Sundays are already on the rise. In a four-week period 20 percent of employed people worked at least once on a Sunday. People employed in sectors such as agriculture, gastronomy, business or transport are most likely to be called in on a Sunday, with at least one in three employees working on weekends.

An explosion in the number of homeless people

Homeless people in France’s major cities are a common sight now due to an alarming increase of 44 percent in the homelessness rate between 2001 and 2012. INSEE estimates that 81.000 adults and 31.000 children are currently living without a permanent roof over their heads, though the actual number may be much higher. Some 55 percent of those counted were born abroad, and half of homeless people are of African descent. While the majority of homeless people are young men, the number of women and children on the streets is increasing, especially among those born abroad.

The report also found that a quarter of homeless people work, however, they mostly work part-time, on short contracts, and do low-quality jobs. According to the report, they often don’t have degrees and aren't proficient enough in French, which makes it difficult to enter the labour market.

The economic crisis and France’s rising unemployment rate have had a major impact on the number of people receiving welfare benefits. Between 2008 and 2012, the amount of people benefitting from RSA (Active Solidarity Income) has increased by 26 percent, meaning 1.7 million people currently depend on it, and 400.000 people receive ASS (Special Solidarity Allowance), which corresponds to a rise of 27 percent.

The report shows inequality has gone down albeit slightly. The standard of living of the poorest 10 percent of the population has increased by 0.1 percent in 2013, while the richest 10 percent have seen a decrease of 1.7 percent. However, they still earn 6.6 times more than the ones at the bottom of the scale with an average monthly income of €4,963 compared to €754.

Despite French people’s well-known worry about health matters, 68 percent actually consider their state of health to be good or even very good according to the report. However, medical expenses are still high. Last year, the French spent €186.7 billion on medical care such as treatments at hospitals, medical bills and medicine.

Cultural budget at a new low It appears the French currently don’t have much money to spare as the amount of cash spent on cultural activities and hobbies hit its lowest point in 2013 since 1985. In 2013 people only used 8.3 percent of their income for these types of activities compared to 9.5 percent in 2007.