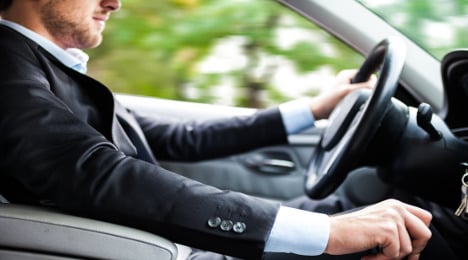 The 49-year-old man was taken into custody on Monday in the western city of Nantes suspected of sexually abusing numerous women between the ages of 20 to 30 while they were riding in his car, newspaper L’Express reported on Tuesday.

The suspect reportedly confessed to assaulting them after giving the women chocolates containing anti-anxiety medication.

Authorities launched an investigation after a woman who shared a ride with the man in February between Saint-Omer and Le Mans made a formal complaint.

A source told AFP the woman was feeling dizzy after the ride and was admitted to emergency services where doctors found traces of anxiolytic drugs in her system.

At least 50 people are reported to have shared a ride with the suspect, and another victim has since come forward and lodged a complaint, according to the source.

Ride-sharing schemes have taken off in France in recent years as the cost of owning a car has risen along with the price of fuel.

According to one recent study 42 percent of the French public have experimented with ride sharing, and 19 percent of them do it regularly.