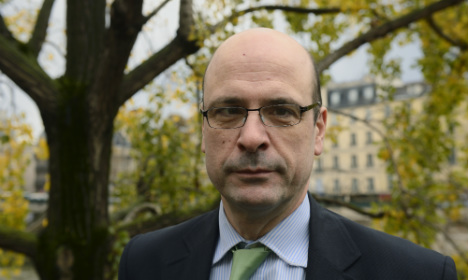 Hassan Diab, a Canadian of Lebanese descent, appeared before a French anti-terror judge just hours after arriving in Paris from Montreal.

He was charged for suspected involvement in "murders", "attempted murders" and the "destruction of property with an explosive or incendiary substance, committed by an organised gang", Diab's French lawyer Stephane Bonifassi told AFP.

The October 3rd 1980, bombing of a synagogue on rue Copernic in Paris killed four people and left around 40 others injured. It marked the first fatal attack against the French Jewish community since the Nazi occupation in World War II.

The 60-year-old professor of sociology at Ottawa University had been fighting his extradition to avoid what he said would be an unfair prosecution in France for a crime he insists he did not commit. If convicted, he could face up to life in prison.

"My client maintains his innocence," Bonifassi said. "We will continue the fight started in Canada so that his innocence is established."

Diab then appeared before another French judge who ordered that he be remanded in custody, a judicial source said.

His extradition came after Canada's supreme court refused on Thursday to hear his final plea to halt the procedure.

Diab was arrested at his home in an Ottawa suburb in November 2008 at the request of French authorities who alleged he was a member of the Popular Front for the Liberation of Palestine.

The extremist group pioneered armed jetliner hijackings in the 1960s and was believed to be behind a string of deadly attacks in Europe, including the Paris bombing.

Canada's justice minister signed an order in April 2012 to send Diab to France after a Canadian court approved his extradition, despite its concerns that the French case was "weak".

Diab has said he has "absolutely no connection whatsoever to the terrible 1980 attack," while his legal team argued he should not be extradited because a conviction in Canada would be unlikely. The French Jewish community expressed "great relief" at Diab's arrest and extradition.

"It has a very strong symbolic value because it was the first terrorist act against Jews" since the end of World War II, said Roger Cukierman, head of the Council of Jewish Institutions in France (CRIF).

"The fact that this act had gone unpunished was very distressing," he added.

The attack on the synagogue happened on a Friday evening, the eve of the Jewish sabbath when it was packed with some 300 worshippers.

Ten kilogrammes of explosives hidden in the saddlebags of a parked motorcycle were detonated and the ensuing blast killed three Frenchmen and a young Israeli woman.

Police first focused on the far right as possible perpetrators of the bombing before turning their attention to extremist groups in the Middle East, but made no headway in the case for years.

The probe was relaunched in October 2007 to gain information from the United States on Diab, who had spent several years in the country.

Diab became a Canadian citizen in 2006 and is now the father of a nearly two-year-old girl with his common-law wife.

He has claimed that he was studying in Beirut at the time of the bombing and has said that he had been confused with someone with the same name.

Diab's lawyers in Canada have mainly sought to discredit what they called "fatally flawed" handwriting analysis of a Paris hotel slip that French authorities say was signed in the same false identity that was also presented to purchase the motorcycle used in the bombing.

Diab's lawyers have said that the fingerprint evidence does not match Diab's and that the person who signed the hotel slip was described by witnesses as being middle-aged, whereas Diab would have been 26 at the time.