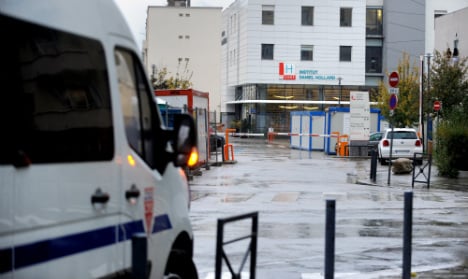 An ambulance escorted by several vehicles was seen leaving the private clinic in the southern city of Grenoble at around 1:30 pm and police said Bouteflika was in the convoy that was heading to the airport.

An Algerian presidential plane took off at around 2:45 pm, an AFP photographer said.

The clinic had not offered a reason for the president's hospitalisation on Thursday when he discretely arrived in Grenoble.

Bouteflika has been in poor health since 2013 when he was treated for a mini-stroke in Paris. This year he has hardly been seen in public since his re-election in April.

According to the regional newspaper Le Dauphine Libere, Bouteflika had been admitted in the cardiology unit of a private clinic called the Alembert and the entire floor had been booked to ensure security.

The Algerian government has remained silent about the hospitalisation of Bouteflika who has ruled the north African country since 1999.

After his mini-stroke last year, he returned to Algiers looking frail in a wheelchair in July of that year and was not seen in public for months. He travelled back to Paris for more minor treatments in January.

That did not stop him standing for election for a fourth time in April, winning with more than 80 percent of the vote. The opposition refused to recognise the result.

He has been seen only on rare occasions since. In a break from tradition, he failed to appear in public for Eid al-Adha prayers marking the end of the annual hajj pilgrimage to Mecca last month.

On November 1st, he made a rare public appearance, visiting a cemetery housing the remains of Algeria's independence war heroes in an Algiers suburb. He came in a wheelchair.

One of the few surviving veterans of the war of independence against France, Bouteflika came to power after helping to end the country's devastating civil war in the 1990s.