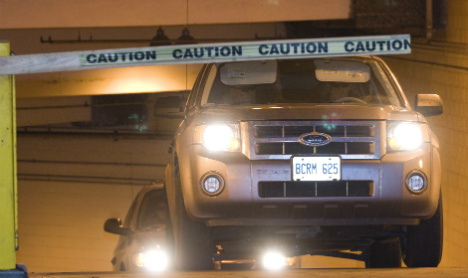 Hassan Diab escorted by Canadian police shortly after his arrest in 2008. Photo: AFP

University professor Hassan Diab, a Canadian of Lebanese descent, was due to face an anti-terror judge later on Saturday in Paris after arriving in the French capital from Montreal.

The 60-year-old had been fighting his extradition to avoid what he said would be an unfair prosecution in France for a crime he insists he did not commit.

Diab was arrested at his home in an Ottawa suburb in November 2008 at the request of French authorities who alleged he was a member of the Popular Front of the Liberation of Palestine.

The extremist group pioneered armed jetliner hijackings in the 1960s and was believed to be behind a string of deadly attacks in Europe, including the Paris bombing.

Canada's justice minister signed an order in April 2012 to send Diab to France after a Canadian court approved his extradition, despite its concerns that the French case was "weak".

Diab has said he has "absolutely no connection whatsoever to the terrible 1980 attack," while his legal team argued he should not be extradited because a conviction in Canada would be unlikely.

Diab became a Canadian citizen in 2006 and is now the father of a nearly two-year-old girl with his common-law wife.