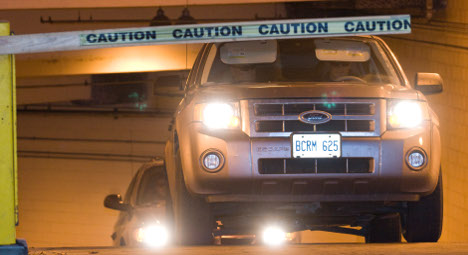 The decision brings to an end 60-year-old Hassan Diab's six-year legal fight to avoid what he said would be an unfair prosecution in France for a crime he insists he did not commit., and effectively ensures he will face trial for the 1980 bombing of a Paris synagogue.

The Supreme Court of Canada issued its decision in a one-line statement, saying his appeal was "dismissed without costs."

Diab, who was taken into custody on Wednesday afternoon pending the announcement, could now be flown to France at any time.

The 1980 bombing was the first fatal attack against the French Jewish community since the Nazi occupation in World War II. It left four dead and 40 wounded.

Canada's justice minister signed an order in April 2012 to send Diab to France after a Canadian court the previous year approved his extradition despite its concerns that the French case was "weak.

Diab said last May he has "absolutely no connection whatsoever to the terrible 1980 attack."

In proceedings, Diab's lawyers have mainly sought to discredit what they've called "fatally flawed" handwriting analysis of a Paris hotel slip in evidence.

France says the slip was signed under a false identity – "Alexander Panadriyu" – which was also used to purchase a motorcycle used in the bombing.

The 60-year-old Diab has been under house arrest at his home in Ottawa for most of the past six years.

As for whether Canada should extradite a Canadian citizen to face a foreign prosecution, the court noted that Diab was not a Canadian national at the time of the alleged offense and so Canada is treaty-bound to extradite him.

Diab became a Canadian citizen in 2006, and is now the father of a nearly two-year-old girl with his common-law wife. He claims he was studying in Beirut in 1980.

Dozens of his supporters including linguist and left-wing activist Noam Chomsky and former Canadian solicitor general Warren Allmand wrote a letter to Canada's minister of justice on Wednesday asking that Diab's extradition be halted and the law rewritten.