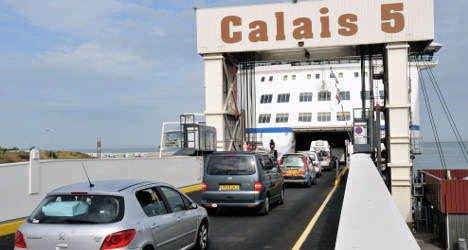 The ship was crossing the Channel from Calais in France to Dover in Britain when the passenger fell into the sea. Photo: Philippe Huguen/AFP

The ship, which belongs to P&O Ferries, was crossing the Channel from Calais in France to Dover in Britain when the unidentified passenger fell into the sea, prompting a five-hour search operation, the French National Sea Rescue Society said.

According to P&O Ferries, the "Pride of Kent" ferry was just under 10 kilometres (six miles) away from the English coast when a passenger alerted the crew that another person had gone overboard.

The company said it could not yet determine whether the fall was accidental or intentional.

Four British and French lifeboats, a Royal Air Force helicopter and another P&O ferry launched a search for the passenger between 0200 GMT and 0700 GMT Thursday, to no avail.

Search operations have been suspended for now.