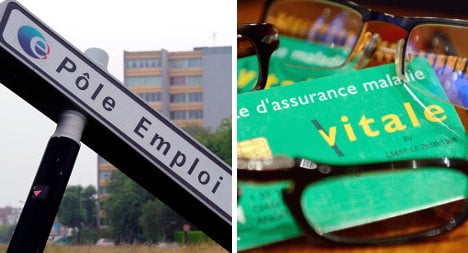 The European Court of Justice ruled on Tuesday that immigrants from other EU nations can be refused unemployment benefits if they change countries with the sole aim of claiming them.

That decision was greeted positively in France right across the political spectrum from the far-right National Front to the centre right UMP and the Socialist Party.

France's Minister for Health and Social Affairs Marisol Touraine insisted however that rules were already in place to prevent so-called "benefit tourism" in the country.

When on Thursday Senator Jean-Louis Masson denounced foreigners coming to France to “enjoy” the welfare system and attacked the State Medical Assistance (EMA), which allows illegal immigrants access to care, Touraine responded by slamming the senator's “hatred, aggression and stigma".

Referring to the court's ruling, Touraine added: “These are exactly the rules already imposed by France when paying social benefits,” and defended the role of the EMA saying that treating everyone in need in France “allows us to better monitor the health status of our country.

"If we do not want infectious diseases to develop, we need to look after the health of all those who are in France, above and beyond the basic requirement of humanity," she said.

In the key ruling judges at European Court of Justice were asked to decide whether Germany could refuse unemployment benefits to migrants under certain conditions. The landmark case was prompted when a Romanian woman living in Leipzig was denied benefits by the local job centre, after officials said she refused to take any of the jobs suggested to her.

A court in Leipzig agreed that 25-year-old Elisabeta Dano, who moved to Germany in 2010, had not really been looking for work. She appealed her case to the European Court, which ruled against her favour, saying that states do have the right to refuse benefits to migrants.