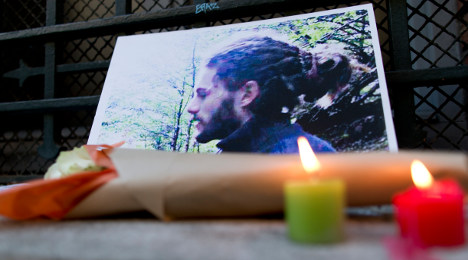 The death of Remi Fraisse, that reports say was caused by a police stun grenade, prompted an anarchists protest in Greece. Photo: Kenzo Tribouillard/AFP

About 15 protesters presenting themselves as Greek anarchists forced their way into the Athens bureau of the AFP news agency on Tuesday in a bid to publish a message about the recent death of an eco-activist in France.

The group, which was initially polite but then became increasingly threatening when their demand was refused, eventually left the office after a standoff that lasted 30-40 minutes. One member of the group warned of "consequences".

In 2008, a crude bomb exploded at the entrance of Agence France-Presse's bureau in the Greek capital without causing any injuries. It was claimed by an anarchist organisation that was subsequently mostly dismantled.

The group on Tuesday demanded the transmission, in French, of a message relating to the 26th October death of Remi Fraisse, a 21-year-old French environmental activist who took part in a protest to stop a dam being built in southwestern France.

Preliminary investigations into his death suggest he might have been killed by a police concussion grenade. Anti-police protests, some violent, took place in Paris and other French cities after the incident.