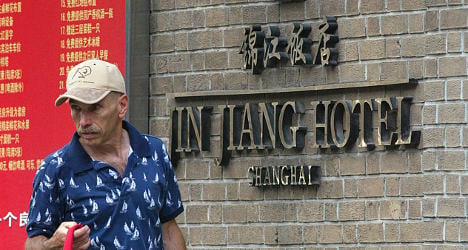 Chinese tourism giant Jin Jiang has signed a deal with US investment group Starwood to buy a string of French budget hotels. Photo:AFP

The value of the agreement over Starwood's French subsidiary Louvre Hotels Group was not disclosed but it is believed to be worth between €1.2 and €1.5 billion ($1.5-1.8 billion).

Louvre Hotels Group owns some 1,200 hotels, including around 820 hotels in France under brands such as Campanile, Kyriad and Golden Tulip.

The deal is expected to be concluded in the first three months of 2015.

Jin Jiang, one of China's leading tourism operators, was ranked 14th internationally in terms of the rooms it offers in 1,700 hotels across 11 countries.