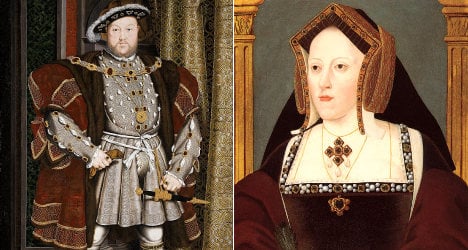 Catherine of Aragon (1485-1536) wrote to a Spanish cardinal pleading for the pope's help in blocking Henry VIII's attempts to annul their marriage. Photos: Wikicommons

perhaps the most valuable document is the signed letter from Catherine of Aragon to a Spanish cardinal pleading for the pope's help in blocking Henry VIII's attempts to annul their marriage because she had failed to produce a son.

Rome's refusal to grant Henry a divorce led to a schism within the Roman Catholic Church as Henry appointed himself head of the Church of England.

In Bardot's letter to record company Philips of 21st December, 1967, she urges the firm "not under any circumstances" to release her passionate duet with Serge Gainsbourg, "Je t'aime moi non plus," after her then husband Gunter Sachs objected to the recording.