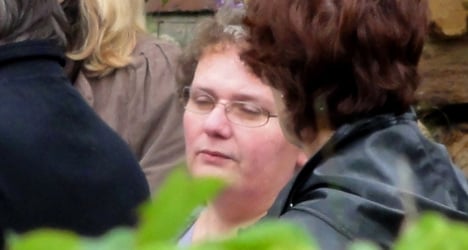 In a long-running case that horrified France, nurse Dominique Cottrez, 50, admitted in 2010 to “systematically strangling and burying” her newborn children and hiding their bodies in bin bags. It is the country's worst known ever case of infanticide.

Cottrez had tried to escape charges, claiming the crimes all took place more than ten years ago, so the “statute of limitations” for prosecution had expired. Under French law a prosecution cannot be brought after an extended lapse of time.

But a French court has now ruled that she must go on trial because the fact that she hid the bodies of the children means that it is impossible to determine whether the crimes had been committed outside the ten-year time limit.

The bodies were first discovered four years ago when the new owners of a house in the village of Villers-au-Tertre, near Lille, found human bones in their garden while digging a pond. They alerted police, who found the remains of two children which had been there since the Cottrez family moved out of the house in 1991.

When investigating police traced Cottrez and her husband to another house just half a mile away, they found the bodies of six more babies buried there in the garden in bin liners.

In 2010 public prosecutor Eric Vaillant told an initial court hearing that Cottrez had managed to hide her pregnancies because she was very overweight. He said: “She told investigators that when she became aware she was pregnant she decided she did not want any more children but also did not want to see a doctor for contraception.

“She has admitted giving birth in secret and then suffocating the babies and disposing of the bodies.”

Some reports claim Cottrez said she was unwilling to seek contraception because a doctor had once made fun of her weight when she first sought help.

Her husband Pierre-Marie Cottrez, 48, has denied any knowledge of the babies being either born or killed, but may still face trial for concealing a crime.

The couple's two surviving daughters – Virginie, 22, and Emeline, 23, who each have one son – have described their mother as “the best there is” and “a doting grandmother”.

Emeline, who along with her son lived with her parents, said after the crimes had been discovered: “It’s incomprehensible that our mother could have done this. Mum was always there for us, she was always ready to do anything for her daughters. She was the best there is."

Her sister Virginie added: "We will be there for our mother. She is a good grandmother and we were happy to leave our children with her. Now that this has all come out, Mum must feel relieved that she's got nothing more to hide. We never noticed anything."

A member of Cottrez's defence team Marie-Helene Carlier told a court this week: “My client readily admits the horror of what she has done but believes that legally the time for punishment has passed.”

But France’s Court of Cassation has rejected that claim and ruled that Cottrez must stand trial next year, for the willful killing of eight minors under 15 between the years of 1987 and 2000.