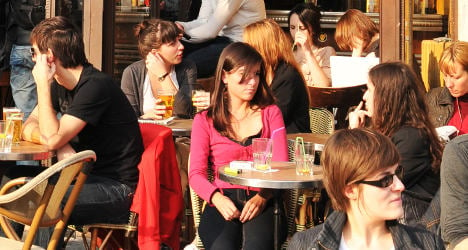 Young people in Paris shouldn't be complaining if one survey is to be believed. Photo: Lucian Milasan/Shutterstock.com

"Paris" and "affordable" are not two words that anyone, let alone young people, would normally put in the same sentence – not when you consider that the price of a pint can hit €10 and a ham and cheese baguette can top €5.

Nevertheless, in the Youthful Cities Affordability Index Toronto-based group Decode ranked 25 of the world’s largest cities according to various factors to find the most affordable and Paris has come out on top, ahead of the likes of Berlin and Rome.

The criteria included everything from wage levels and rent prices to the cost of burgers. Since young adults often rely on entry-level jobs to enter the labour market, the report compared costs to an hour of minimum wage work as the best way to measure a city’s affordability.

And when the scores in each category were added up it was the City of Light that came out on top as being most affordable for people between the ages of 15 and 29, ahead of Toronto in second place and Los Angeles in third.

Despite usually being thought of as an affordable city and topping four categories, Berlin was let down by its lower minimum wage.

The report concluded: “We know affordability is the top priority for young people. And the results of this index prove the important role that a fair minimum wage plays in a city’s overall affordability. Paris, the most affordable city, sits in the top spot largely because of its high base wage.

“In fact, each of the top five cities in this index has seen minimum wage become a hot button political issue recently. But a fair minimum wage is just one way municipal governments can make cities more affordable for the important youth demographic.”

For those of you still refusing to believe Paris could top such a survey, here's why it did:

Are you a young person in Paris? Is it really that affordable?