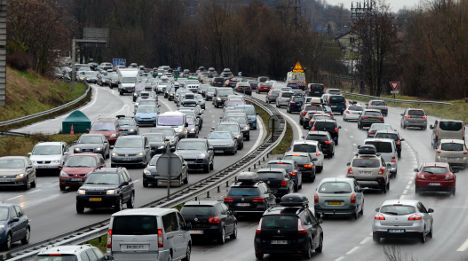 Driving on France's motorways could be cheaper in the future, if France's economy minister keeps his promise. Photo: AFP

Speaking to current affairs programme Capital on TV channel M6 on Sunday, Macron vowed to "put pressure" on the companies that run the country's privatised motorways.

“Concretely, year after year, we will maintain the pressure to try to lower the profits of motorway companies. We will lower prices wherever possible,” the minister said, adding "these are not just words".

Macron's pledge comes two months after a report by a French government watchdog said the tolls on France’s privatized motorways  are "unjustified" and are delivering an up to 24 percent profit to the companies that run them.

“These profits are neither justified by the companies’ costs nor the risks to which they are exposed,” the report said, which was leaked to French paper Les Echos, recommending the tolls be decreased.

Any changes, however, won’t come quickly. Because the tollway contracts are set “in concrete” there is little hope of change before the agreements expire in 2027 and 2033, the report said.

The auditors doubted the profits were being reinvested back into the network in order to improve the motorway system to the benefit of drivers.

And only last month France's ecology minister Ségoléne Royal has called for a 10 percent reduction in the notoriously high tolls on the country's privatized motorways as well as making the roads free on weekends.

Several drivers' groups also recently Royal a letter demanding the nationalization of the 8,000 kilometers of France's motorways that are currently run by private companies.

In December a new bill that will look at the operations of the companies that run France's motorways companies will go before the cabinet.