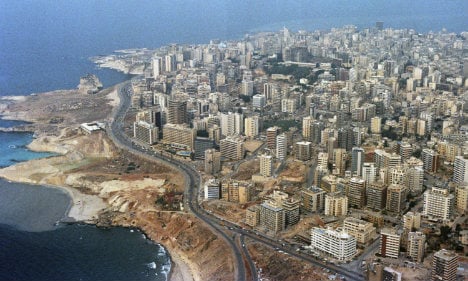 Fayez Yusef Bushran disclosed his journey in court documents seen by AFP on Friday. He is also charged with membership of the Islamic State group (IS) and preparing a suicide bomb attack.

The documents said Bushran, 24, had been living in the southwestern Paris suburb of Trappes, and had studied with a cleric "who encouraged me to undertake jihad".

Bushran said he had followed the conflict in Syria, where anti-government protests that erupted in March 2011 against President Bashar al-Assad spiralled into bloody civil war.

"I saw what is happening in Syria in terms of crimes against the Muslims and the signs that the Day of Resurrection is coming soon," the documents quoted him saying.

"And I became convinced to go to Syria to fight for God and the Muslims."

Bushran said he reached out via Facebook to someone publishing "jihadist news" and was told to travel from Germany or Spain to Turkey, rather than from France, to prevent detection.

He flew from Frankfurt to Turkey, where he stayed in a safe house in Gazientep with 20 other young men.

They received religious lessons and trained for 20 days before being taken to Raqa, the IS stronghold in the Syrian province of the same name.

Lebanon's Shiite Hezbollah is a close ally of the Syrian regime and has sent its forces to bolster Assad against the Sunni-dominated uprising there.

Hezbollah's role in Syria has made it a regular target for attacks by Sunni Muslim extremist groups in Lebanon.

Bushran was given $2,000 (1,600 euros) as expenses and went to Beirut where he checked into a hotel and communicated with a Lebanese contact.

He was told his mission would be to detonate an explosive belt in a public place, but before he received his final orders, his Syrian handler asked him to return to Turkey, saying "problems had led to the operation being cancelled".

Lebanese security forces raided the hotel on June 20, arresting Bushran before he could flee.

Five days later, security forces raided another Beirut hotel and arrested a Saudi man. During that raid, the Saudi's accomplice blew himself up, killing himself and wounding 10 people.

Bushran, the Saudi and 15 other people, only seven of whom are in custody, now face charges of belonging to IS and planning suicide attacks.