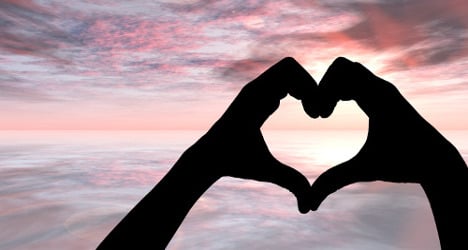 Of the phrases most frequently translated into six European languages on the online service – English, French, German, Spanish, Italian and Russian – 34 of the top 1,000 translated into French were about love.

Its fellow romance language Spanish was found to be the second most amorous language with 33 in 1,000 expressions being of a loving nature, followed by Russian, Italian then German.

In sad, but perhaps unsurprising, news for Anglos, English came in last place – with just 17 out of 1,000 expressions translated being of a romantic nature.

“Je t'aime” (I love you) is the most requested translation in French after “bonjour” (hello) while “mon amour” (my love) and “tu me manques” (I miss you) also ranked highly.

“I love you” was near the top of the list for all languages, coming in first in German (ich liebe dich), second in Italian (ti amo), third in both Spanish (te amo) and Russian (YA lyublyu tebya) and fourth in English (get your coat, you've pulled).