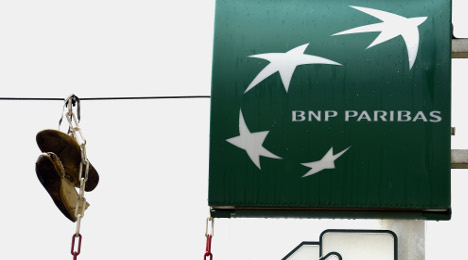 BNP, one of the French banks cited for enjoying Luxembourg's loopholes. Photo: AFP

France's biggest banks including Axa, Aviva, BNP and Credit Agricole were among the names revealed to have enjoyed the benefits of secret tax deals in Luxembourg, according to confidential documents leaked to the International Consortium of Investigative Journalism (ICIJ).

The smallest European state has allegedly helped 340 multinationals – among them Apple, Ikea, Pepsi, Amazon and Vodafone – avoid paying taxes in countries where they collect significant revenues by moving their profits to Luxembourg, all in keeping with the country's laws.

The documents – dubbed “LuxLeaks” – are the result of a six-month investigation by more than 80 journalists from 26 countries, who examined documents dating from 2002-2010 to compile a dossier that amounted to 28,000 pages of information on tax agreements between Luxembourg and the multinationals. It was released to forty media outlets around the world.

According to the documents one Luxembourg address – 5, rue Guillaume Kroll – was given as the location for 1,600 different companies.

Other French banks named in the dossier include CNP Assurances, Caisse d'Epargne, Banque Populaire and Groupe Edmond de Rothschild. Banks from other countries named include US firm JP Morgan, the Swiss UBS, the UK's HSBC and Barclays and the Italian Unicredit, while consumer giants including LVMH, Procter & Gamble, Heinz and Dyson have also been named.

The common thread between them is that all the companies named have been advised by auditing giant PricewaterhouseCoopers (PwC), according to Le Monde newspaper.

The ICIJ said that Luxembourg was still a “magical fairyland” for corporations seeking to "drastically reduce tax bills". But officials in Luxembourg have denied that the companies received any favourable treatment.

Nicolas Mackel, CEO of Luxembourg for Finance, which is operated jointly by the government and Profil Luxembourg, an organization for the financial industry, told Reuters: "Luxembourg's tax system is competitive. There is nothing unfair or unethical in it.”