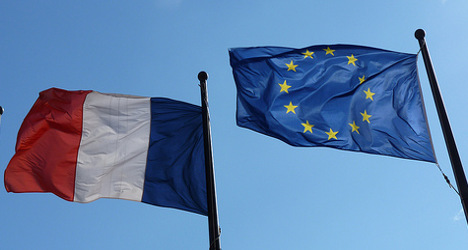 The EU is not predicting a bright future for the French economy. Photo: Sebastian Fuss/flickr

The European Commission predicted on Tuesday that the French public deficit will outgrow all others in the eurozone by 2016 in another blow to President François Hollande’s hopes of reviving confidence in his country’s economy.

The reason for the miserable numbers was, in the Commission’s words, due “in large part to the still modest growth as well as new measures such as the rise in employment tax (CICE) and reductions in taxes for worse-off households.”

France had already annoyed the European Commission by admitting that it would not meet a 2015 target to reduce its deficit – the shortfall between government revenue and spending.

In its 2015 budget, which was voted through parliament last month, the government included €21 billion of cuts but refused to implement the kind of crippling austerity measures seen in Spain and Greece.

The Commission – the European Union's executive arm – gained far-reaching powers during the debt crisis to vet the 18 eurozone members' state budget plans to ensure they do not exceed a deficit ceiling of 3.0 per cent of gross domestic product (GDP).

After a dispute with the Commission over its 2015 budget France announced a series of supplementary measures to pacify Brussels and to avoid the humiliation of its 2015 budget being rejected outright.

That, along with other steps, meant France should now be able "to stay the course," Sapin said.