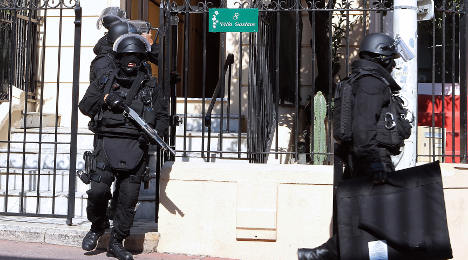 Details were revealed on Monday of three alleged terror plots on France that were thwarted by the country’s anti-terror police.

According to France’s RTL radio, which cited information from the Directorate General of Internal Security (DGSI), one plot was designed to target the famous Nice Carnival, which takes place in February each year.

Speaking to RTL, the country’s Interior Minister Bernard Cazeneuve refused to confirm individual plots but neither did he deny them:

“Every day, the internal security services are dismantling networks and thwarting acts that could be tragic," he said. "I will not confirm any classified report. The Ministry of Interior and Defense are subject to obligations."

Details of some of the reported foiled attacks are as follows:

According to reports, this was the most developed plot and was designed to target the annual Nice Carnival. Police arrested a man in February on the French Riviera and found him to be in possession of the explosive TATP, which can be manufactured at home and was used in previous terrorist attacks including the Marrakech bombings in 2011.

The explosives were found in three drinks cans, one of which had screws and nails taped around it. The arrested man had just returned from Syria and was allegedly plotting an attack similar to the one carried out at the Boston Marathon in April 2013.

According to separate reports in Le Parisien newspaper on Monday, a young Frenchman was arrested in Creteil in the Paris region. He had reportedly been researching possible targets for an attack using the internet and trying to raise money so he could buy arms.

He was arrested in the summer and charged with "criminal association with a links to a terrorist organisation" before being jailed but he has denied the allegations against him.

A man named Lyes Darani was arrested in the northern French city a year ago with a manual explaining how to make a bomb and a letter containing a religious pledge to commit a suicide attack, RTL radio reported.

“He had just returned from Syria through Lebanon, where he had prepared an attack against Shiites and was inquiring about targets in France for a suicide attack,” RTL reported.

Reports of the foiled attacks come after Islamic extremists from Isis called on followers to launch attacks on French soil, prompting the government to increase security at transport hubs and large shopping centres.