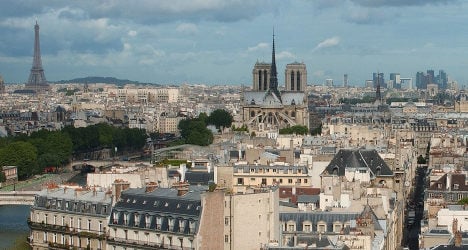 What will Paris look like in the future? Photo: Reinventer.Paris.

Hidalgo is hoping the most creative architects from across the globe will come up with innovative ideas to help reinvent Paris.

The Socialist Party mayor describes her plan as an “urban experiment on an unparalleled scale”.

“A city like Paris has to be able to reinvent itself at all times to meet the many challenges it faces,” said Hidalgo.

The mayor, along with urban planning officials, has earmarked 23 sites around the capital which officials believe could do with a major modern makeover.

The project, entitled “Reinvent Paris”, challenges architects to revamp certain sites in the capital in order to “make the city even more attractive, accessible and environmentally friendly”.

The various projects will see around 150,000 square metres of buildings constructed, including office space and 600 lodgings.

“The selected sites represent varied opportunities for both land and housing that can be quickly developed,” said the Town Hall.

They include vacant land in the 19th arrondissement; a 16th-century mansion house in the posh 5th; an electrical sub-station at Parmentier, which the mayor wants to see transformed into a cinema and the old Masséna station in the 13th arrondissement (see photo). (The gare de Masséna in the 13th arrondissement. Photo: Reinventer.Paris)

And one of the more challenging tasks for architects is to come up with designs for a building that spans the peripherique at the Porte des Ternes.

The best ideas will be considered in February next year, before a final decision is made next December.

The winners will then be invited to buy or rent the sites so they can implement their grand designs.

A full gallery of the sites is available by clicking here.