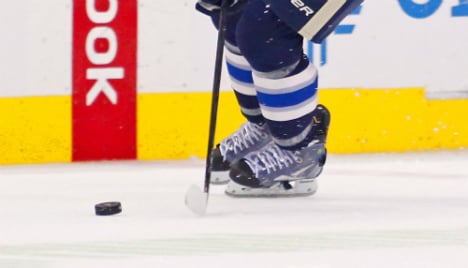 "It is with great sadness that we have to announce the death of little Hugo this morning….RIP little angel," the Dunkirk team said in a statement.

The youngster, who was initially attended to at the scene by a fireman and a surgeon (the latter according to local paper 'La Voix du Nord' the president of Reims Benoit Vrielynck), was taken to hospital firstly to Dunkirk and then to Lille.

The match was stopped three minutes from the end and will be replayed at a later date.

An investigation has been launched into the circumstances surrounding the tragedy with the investigating magistrate saying while there were plexiglass protective screens behind the goals there were none on the sides of the rink.