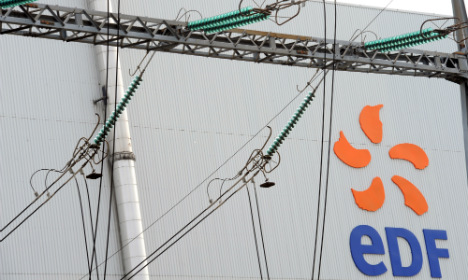 The drones flew over two power stations in the north, two in the centre and one in the east of the country between 7pm and midnight on Friday, two sources told AFP.

It marked the latest incident in which the machines have flown over the country's nuclear power plants — actions for which no-one has yet claimed responsibility and which authorities insist pose no danger.

On Friday a spokesman for security forces said that two plants were overflown during the night and the national energy company EDF said on Wednesday that it had identified seven drones flying over its plants this month and had filed a complaint with the police.

An inquiry has been launched to find who is piloting the remote-controlled machines.

The drone flights have sparked questions over the security of nuclear plants in France, which relies heavily on atomic energy for electricity.

The interior ministry has stressed that a drone does not pose any concern for the plants which are "designed to withstand a strong earthquake or an airliner crashing into it."

It is against French law to fly within a five kilometre radius of a nuclear plant. Anyone breaking the law is liable to one year in prison and a fine of €75,000.

Environmental lobby group Greenpeace, whose activists have in the past staged protests at nuclear plants in France, has denied any involvement in the mysterious drone activity.