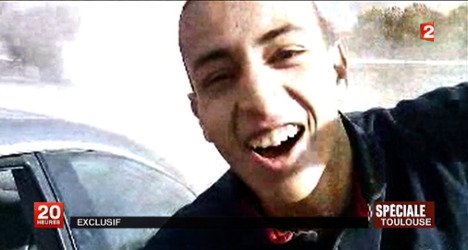 Both men had been motivated by the actions of Mohamed Merah, a French-Algerian national killed by French police in March 2012 after murdering seven people. Photo: AFP

An interior ministry statement said a Frenchman and a Franco-Moroccan arrested on Monday had also been planning to join the Islamic State jihadist group.

It said they used the Internet to urge "individual terrorist acts in Morocco and France", citing preliminary results from the investigation.

Both men had been motivated by the actions of Mohamed Merah, a French-Algerian national killed by French police in March 2012 after murdering seven people, including several children at a Jewish school.

The ministry statement said the arrested dual national had taken out several loans with French and Moroccan banks to finance their activities.

It said the pair were arrested in Kenitra in the north as they "were busy rallying the ranks of the terrorist organization called Daesh", the Arabic acronym for the Islamic State organization, it said.

The detainees, identified only by their initials, were "involved injihadist activism" by translating and disseminating press releases and video recordings of "IS terrorism", the MAP news agency said.

It added that an "extremist of Algerian origin" was also arrested on Monday in the northern city of Fez, and that he "planned to join his wife," a Moroccan who had already joined the IS.