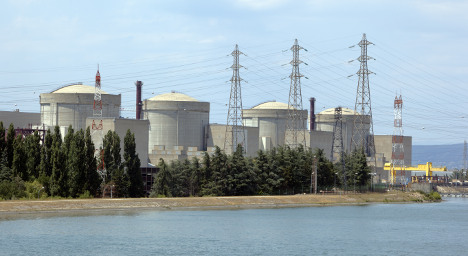 The first drone was spotted on October 5th above a plant in deconstruction in eastern Creys-Malville, according to EDF. File photo: Nicolas Tucat/AFP

The unmanned aircraft did not harm "the safety or the operation" of the power plants, Electricite de France said, adding that the first drone was spotted on October 5th above a plant in deconstruction in eastern Creys-Malville.

More drone activity followed at other nuclear power sites across the country between October 13th and October 20th, usually at night or early in the morning, EDF said, adding that it had notified the police each time.

Greenpeace, whose activists have in the past staged protests at nuclear plants in France, denied any involvement in the mysterious pilotless flight activity.

But the environmental group expressed concern at the apparent evidence of "a large-scale operation", noting that drone activity was detected at four sites on the same day in October 19th — at Bugey in the east, Gravelines and Chooz in the north and Nogent-sur-Seine in north-central France.

Neither EDF nor the security forces had given any explanation about the overflights, the group said, urging the authorities to investigate.

"We are very worried about the occurrence and the repetition of these suspicious overflights," said Yannick Rousselet, head of Greenpeace's anti-nuclear campaign, in a statement.

Greenpeace has repeatedly tried to highlight alleged security weaknesses at French nuclear sites. In May 2012, a Greenpeace activist flew a paraglider over the Le Bugey plant and landed on the site. The group used a drone to film the stunt.

The French nuclear safety authority (ASN) did not comment on the claims, saying only: "We don't discuss matters outside our field of expertise."

In France, aircraft are not allowed to fly within a five-kilometre (three-mile) radius and 1,000-metre altitude over a nuclear plant.