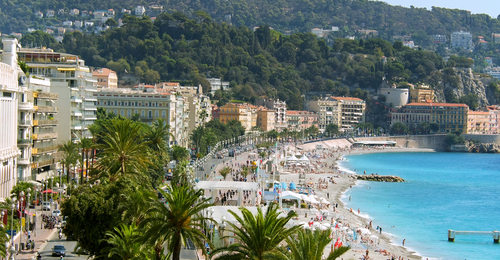 With temperatures recorded at 2.5 degrees above normal seasonal averages in Baie des Anges, this month looks set to go down in history as the hottest ever since record-keeping began in 1943, Nice Matin reported on Wednesday.

And after an unusually cold and rainy summer, the warm weather could not have been more welcome.

In September The Local reported how devastating floods in southern France saw a state of natural disaster declared in around 60 towns and villages.

Why did we see a late autumn like this? The main reason is provided by Météo France. "Between a high pressure front over eastern Europe and a stagnant low pressure system over the Atlantic," they said, "Mediterranean and North African hot air masses were circulating."

The good weather isn’t limited to the Alpes-Maritimes region alone, with even greater temperature differences were recorded in the south and east of France in Bouches-du-Rhône, vallée du Rhône and in Alsace.

“For 20 years the signal has been clear,” Valérie Jacq, a climatologist at Aix-en-Provence weather station was quoted as saying. “Average temperatures are rising inexorably. Although there have been regular cold snaps, such as the beginning of last summer.

“Established using CO2 emissions into the atmosphere, these forecasts are without ambiguity. The current scenario is going to happen again.”

But don’t get your hopes up too much. Over the next five days maximum temperatures are set to decline, remaining just slightly above average.

WEATHER
Swathes of France placed on alert for post-heatwave storms and gales
Url copied to clipboard!