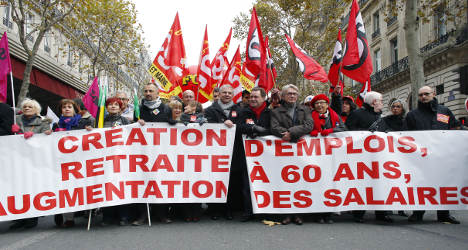 A powerful French union has some explaining to do about its expenditures. Photo: Thomas Samson/AFP

One of France's most powerful unions spent €130,000 ($165,000) to renovate a flat for its boss — who did however agree to do without a home cinema and wine cellar, a newspaper revealed Wednesday.

Thierry Lepaon was last year elected secretary general of the CGT union, one of France's largest and a constant thorn in the side of companies and the government.

But the former boilermaker lived in Calvados in the north of France which meant he needed an apartment in or near the French capital.

The union — which confirmed the renovations took place without disclosing the cost — found a flat next to the leafy Bois de Vincennes just outside Paris, the satirical investigative weekly Le Canard Enchaine reported.

As it needed renovating, the CGT forked out €130,000 ($165,000) for the 120 square-metre flat, although the bill would have been much higher if Lepaon had kept plans for a home cinema and wine cellar, it said.

CGT treasurer Eric Lafont was quoted as saying that everything needed to be fixed including the plumbing and electricity, while the carpet needed to be replaced by parquet flooring and the walls repainted.

A brand new bathroom and kitchen were installed, and the estimate seen by the weekly included plans for a television in each room, and appliances such as a dishwasher or coffee machine.

Lafont was quoted as saying the flat was actually a good deal, as the monthly rent is only around €2,000 a month — not a huge amount in or near costly Paris.

"For the first time, the CGT voted for a secretary general living outside Paris," it said in a statement.

The union "therefore decided to rent an apartment near the CGT headquarters to allow the secretary general to carry out his mandate.

"The apartment was refurbished before he set foot in the premises."

Lafont told AFP he had no idea where the reports about the home cinema and wine cellar came from and insisted they did "not appear on the five estimates we had done".

"When you go through such an economic crisis, such a crisis of confidence between public officials and citizens… an exemplary attitude is necessary at all levels," he told RTL radio.

The union said it had launched an internal inquiry into how the estimate was leaked to the press. 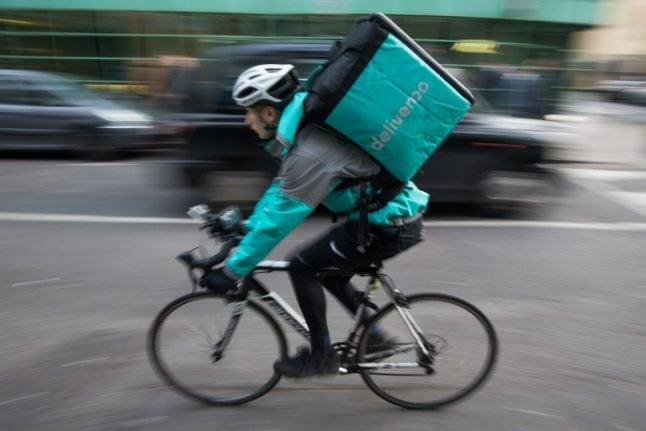