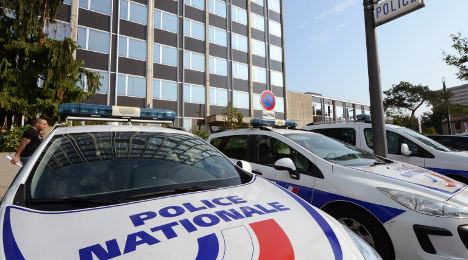 Images of the fridge, shown on Europe1 radio, show a brown paper bag, said to contain samples of a dead woman’s organs taken in an autopsy, stuffed in the little fridge alongside yoghurts, grated carrots and taboulé.

It’s claimed that officers stored the remains of the victim’s brain,  liver and lungs, in the fridge in the staff kitchen room as they were unable to find room elsewhere and were awaiting further scientific analysis.

According to Europe1 radio the body parts remained in the fridge for five days until someone decided to check its contents. “There’s the fact that it shows a lack of respect for the victim. This woman could have been someone’s mother or someone’s daughter. There is a protocol to respect,” said Stephane Leonard from SGP-Police Force Ouvrère.

After the bag was discovered on Friday in the police station at Rezé in the Loire-Atlantique region, police chiefs have been quick to explain the mishap.

“This bag was supposed to be placed in the refrigerator at the central police station in Nantes, and not in the fridge at the station at Rezé, said Jean-Christophe Bertrand, the area’s head of public safety.

“This is a regrettable incident and was due to poor judgment. We will remind officers of the correct procedures to follow. Dedicated refrigerators do exist,” Bertrand said.

However he said the policeman who placed the bag in the fridge would not be subject to any disciplinary procedure because the incident was not that “serious”, pointing out that the samples were kept in sealed jars.

The organs belonged to a woman whose body had been found in the Loire River. Police had been trying to determine the cause of her death.