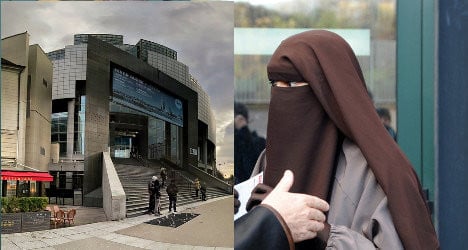 Paris Opera has reminded staff not to allow anyone enter the building if their face is covered. Photo: Panoramas/Flickr - Miguel Medina/AFP

A memo to staff, that was seen by Le Monde newspaper, instructs them that entry should be denied to anyone whose face is hidden by "a veil, a mask or a hood".

It was signed by Deputy Director Jean-Philippe Thiellay the day after a Muslim woman from the Gulf region, who was sitting on the front row, was spotted by actors wearing a full face veil, at a performance of La Traviata.

After they reportedly threatened not to sing unless something was done, staff approached the woman asking her to leave if she refused to take off her veil.

In the end she and her husband decided to leave the show of their own accord.

Opera management admitted they are unsure how the woman was able to gain entry to the auditorium without being approached by staff.

A 2010 law in France bars anyone from covering their face in public places. It was presented as a security measure, but many critics of the law said it was simply to target Muslims and was introduced to pander to the growing far-right.

Opera staff have been reminded that any head covering where only the eyes are visible is illegal, although wearing a Muslim headscarf that only covers the hair is permitted.

"Naturally, in the case of employees of the Opera, professional clothing or artistic costumes are exempt from this ban," the memo to staff read.

Staff were also reminded however that only the police in France have the power to forcibly remove someone’s veil or physically eject them from a place.

In the aftermath of the incident at the opera, France’s Ministry of Culture said they intended to issue a reminder of the law to all theatres, museums and other state institutions.