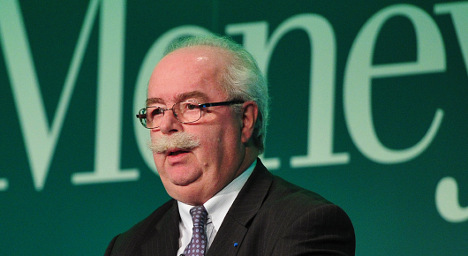 Christophe de Margerie had a penchant for cracking a joke, which with his bushy moustache and stout form made him come across more as someone's favourite uncle than the oil executive who fiercely led the often controversial petroleum giant Total.

But the jolly business chief, who died in a plane accident in Russia on Tuesday aged 63, deftly steered Europe's third-largest oil company through corruption charges and restructuring in his seven years at the helm.

Affectionately nicknamed "Big Moustache" by staff for his distinctive facial hair, De Margerie took the reins of the company in 2007 after serving as company number two since 1999.

His appointment was the logical step for a man who had spent his entire 40-year career at Total, culminating with his appointment as chairman in 2010.

He arrived at the top of the company at a period darkened by judicial woes, such as the 2010 conviction for negligence over an environmental disaster caused by the 1999 shipwreck of the Erika oil tanker on France's Atlantic coast

And shortly after being appointed as chief executive, De Margerie found himself handcuffed and in custody for over 24 hours over charges of corruption in deals with Iran.

He was also implicated in allegations of corruption during the UN's "oil-for-food" programme in Iraq which led to eight years of court procedures in Paris which ended when he and all other accused were found not guilty in 2013.
A blunt talker

In the slick business world he was known for his frankness and responded without qualms to criticism against the company, from their operations in Myanmar to backing of fracking, the controversial drilling process to obtain natural gas.

Despite the scandals, under his guidance, Total sped up its investments in oil exploration to reach ambitious growth targets while restructuring its activities in France, including closing its Dunkirk refinery in 2010.

The bespectacled De Margerie was known as a warm leader, open to debate who "handles humour in high doses, while still remaining strong and determined," said a colleague.

Born on August 6, 1951, De Margerie grew up in a family of diplomats and business leaders. He was the grandson of Pierre Taittinger, founder of Taittinger champagne and the luxury goods dynasty.

He joined the company after graduating from the Ecole Superieure de Commerce in Paris in 1974, slowly making his way up the ladder until 1995 when he was appointed president of Total in the Middle East.

His experience in this role earned him a reputation as an outstanding negotiator and connoisseur of a strategic region for an oil company.

"One of his great strengths was knowing how to create and maintain strong personal ties with the leaders of these countries," said a colleague when De Margerie took over as CEO.

"He increased the number of face-to-face meetings, trips, and developed the face of the company in the region."