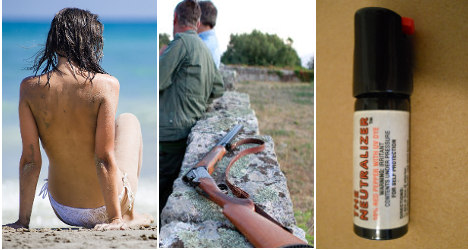 What does France warn its citizens about when travelling to far foreign lands like the united States? Photo: Shutterstock/AFP/Lincoln 6267/Flickr
After The Local put together a list of the most excessively alarming travel warnings about France, we decided it was only fair to take a look at the world through French eyes.
So we've gathered some of best gems from the French foreign ministry's incredibly detailed recommendations and advice for its citizens heading abroad.
They provide an illuminating view into their perspective on the rest of the world and the differences between French culture, customs and laws and those in other countries, notably the US.
Their fascination with certain bizarre aspects of American and German culture are worth noting. Also wait until you see what they said about Ireland: stereotype of fair warning?

Click here for France's foreign travel warnings to its citizens