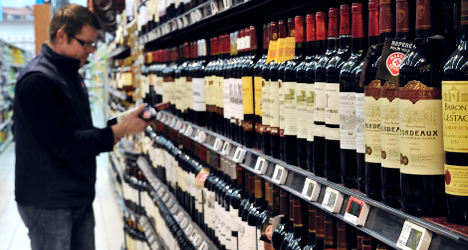 France's wine sales are hurting due to a softening economy in China and Hong Kong. Photo: AFP

A dramatic decline in demand from China and Hong Kong has dried up sales of France's famous Bordeaux wine, data from the professional association published on Tuesday showed.

At the end of July 2014, overall sales of Bordeaux wine for export stood at 2.17 million hectolitres (roughly 271 million standard bottles), an eight-percent drop.

This resulted in an 18-percent decline in turnover, according to the CIVB association of Bordeaux wine professionals, to €1.81 billion ($2.3 billion).

"China is going through an economic slowdown and has reduced its trade with the rest of the world," complained Bernard Farges, CIVB president.

However, he said the disappointing figures were "not a surprise" given the poor 2013 harvest.

China and Hong Kong led the declines. China saw an annual decline of 25 percent in terms of volume and 26 percent turnover. Sales to Hong Kong were down nine percent in volume and seven percent in cash terms.

The French wine industry has recently blamed an anti-corruption crackdown and frugality drive in China for a collapse in sales.

The European market was also down three percent at the end of July compared to last year, CIVB said.