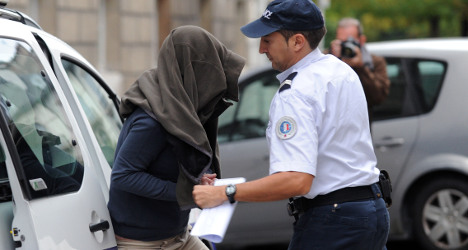 An anaesthetist has admitted to drinking before a procedure that left a British expat dead in France. Photo: Iroz Gaizka/AFP

Following a successful Caesarean procedure in a private French clinic, British expat Xynthia Hawke and her brand new baby were both in good health, but that was about to change.

Despite an earlier epidural, Hawke was in such great pain after the September 27th procedure at the Kappa Clinic near Bayonne in southwest France that doctors ordered a second dose for her.

The anaesthetist, 45-year-old Helga Wauters, originally from Belgium, had administered the earlier anaestesia and then went off to have “a glass of rosé” with friends, the AFP reported.

And when called back to administer the subsequent dose she smelled of alcohol and, by her own admission, was in a “daze.”

Wauters struggled to insert Hawke’s breathing tube during the later procedure, and as an investigation revealed, ended up placing it into the patient’s esaphogus and not her windpipe.

Unable to get enough oxygen, Hawke went into a coma and then died several days later. The baby, a boy named Isaac, survived.

When Wauters turned up for police questioning a few days later she had 2.16g/L of alcohol in her blood, while the legal limit for driving in France is 0.5g/L.

Wauters, licensed to practice since 1999, admitted she’d been drinking before the botched procedure and has since been charged with manslaughter.

“The night of the incident, I drank half a 50cl (500 ml) bottle of a mixture of vodka and water. I was not drunk, I was at 70 percent of my capacities,” investigating judges quoted Wauters as saying during a recent hearing.

She added: “I need vodka so that I don't shake.”

She also admitted to suffering from “a pathological alcohol problem.” At her home, investigators found 17 empty bottles of vodka.

Hawke grew up in North Petherton, Somerset, where she excelled at her comprehensive, Haygrove School, and won a prize for outstanding achievement in GCSE French.

While fighting tears outside the home where they settled a few months ago in the Basque country village of Ustarritz, her French partner Yannick Balthazar, 33, told The Daily Mail: ‘It is a very difficult time for us. We are in mourning.

He added: “I am looking after my family, my son, that is what is important to me now. We need to be with family now. I am going to let justice do its job.”

“My client will assume her responsibilities in relation to the facts that she recognizes, but she is not solely responsible,” Hegoburu said. “There are grey areas here, and the investigation will make them clearer.” 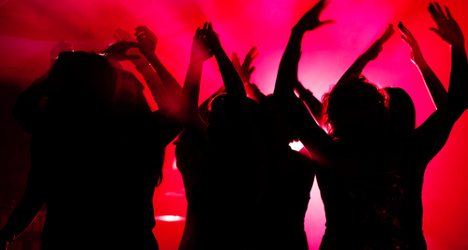