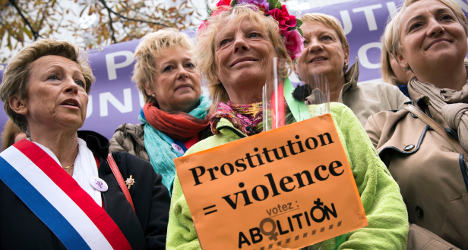 A former prostitute who walked 800 kilometres (500 miles) across France to demand that the government make good on its promise to penalise clients ended her protest march in Paris Sunday.

Rosen Hicher, an activist who campaigns to abolish prostitution, is protesting that a draft law to fine men up to €1,500 ($1,900) for paying for sex was shelved by a committee of the French upper house Senate in July.

Surrounded by a dozen ex-prostitutes supporting her, Hicher was due to make a symbolic stop Rue du Colisee — an upmarket street where she first prostituted herself — before making her way to the Senate to call on lawmakers "to wake up and finally act."

Prostitution "is not a right, no one has the right to buy a woman or sell her," she said.

Pascale Boistard, minister for women's rights, also joined Hicher on the last stretch of a march that began on September 3 in the western city of Saintes.

"The Senate must re-visit this law. A large majority of the French are in favour," Boistard said.

The draft anti-prostitution law, which is inspired by similar legislation in Sweden which penalises prostitutes' clients with the aim of eliminating the world's oldest profession, was initially adopted by the lower house National Assembly in December last year.

But critics said the legislation would simply push prostitution further underground and make the women who earn their living from it more vulnerable to abuse.

Paying or accepting payment for sex currently is not, in itself, a crime in France. But soliciting, pimping (which includes running brothels) and the sale of sex by minors are prohibited.

The new bill decriminalises soliciting while shifting the focus of policing efforts to the clients.

The government says it is aimed at preventing violence against women and protecting the large majority of prostitutes who are victims of trafficking gangs.

Hicher herself was a prostitute for 22 years before managing to quit in 2009.

She said many people had come to support her along her march, including men who had occasionally or regularly paid for sex and acknowledged that this had represented "a sexual failure, a failure in their lives." 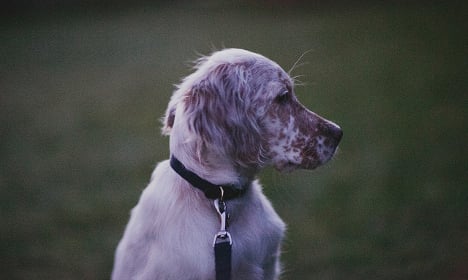 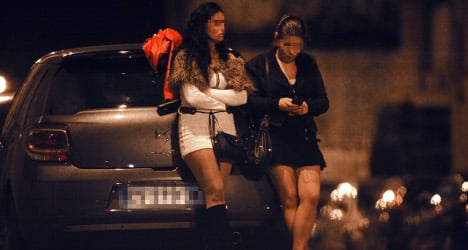