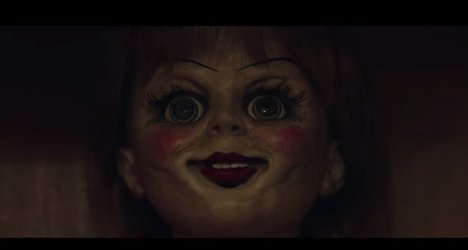 The managers of cinemas in Marseille, Strasbourg and Montpellier have cut off showings of the horror flick "until further notice" for "security reasons."

General chaos and fights have broken out among audience members during the screenings of the film, which is a prequel of the film "The Conjuring" and tells the tale of the murderous puppet Annabelle terrorising an unsuspecting family.

Here's the trailer for the film (slighting disturbing):

The trouble seems to stem from teenagers getting rowdy during the screenings.

"It's a very young audience, for whom the screening is a time to let loose, they go to see it as a joke, but it's a pretext to go a little wild," BFMTV film critics Alain Grasset.

According to the French newspaper Le Parisien, similar incidents occurred with the horror movies Paranormal Activity and Sinister. The latter was pulled from more than 40 screens.

In France, the horror film, which cost a mere $6.5 million to make, has sold more than 78,000 tickets since it was released on Wednesday.