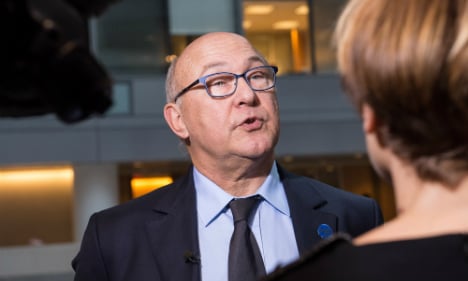 S&P estimated France's budget deficit will reach 4.1 percent of gross domestic product for the period of 2014-2017, up from its April forecast of 3.1 percent.

"In our view, the French government's budgetary position is deteriorating in light of France's constrained nominal and real economic growth prospects," Standard and Poor's said in a statement.

"We believe that, due to policy implementation risk related to the budgetary consolidation and structural reforms, a recovery of the French economy could prove elusive and that France's public finances might deteriorate beyond 2014, although this is not our base case scenario," it added.

French Finance Minister Michel Sapin reacted by saying the country's debt was "one of the surest in the world".

"French debt is one of the surest and most liquid in the world, with debt levels very much contained," he said in a statement.

EU rules state the public deficit must be below three percent of total economic output but Sapin said this would not happen until 2017. France had previously pledged to bring it back to that level by 2015.