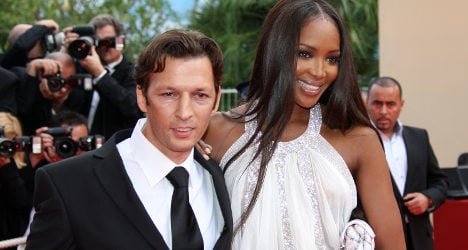 France's 'conman of the stars' has gotten snared in another criminal case. Photo: Valery Hache/AFP

In short, he lived at Mickey Rourke’s house, fathered a child with a Playboy model and claimed he conned the rich and famous out of $40 million, which earned him the nickname “conman of the stars”.

Why’s he in the news, again?

Rocancourt, now 46, was hit with more charges in France this week in a new case that’s just as bizarre and fascinating as the previous ones.

The swindler, his lawyer, and his 23-year-old girlfriend, plus a notary and the founder of a French special forces unit were all charged on Thursday in connection with a major corruption scam.

French prosecutors say he convinced people to pay him to sort out their visa problems at the Prefecture de Police in Paris. Rocancourt also claimed he had access to a police officer who could sort out his victims’ problems.

That claim wasn’t entirely false. The special forces soldier charged in the scam is Christian Proutou, who founded the GIGN – an elite unit, trained to carry out anti-terrorism and hostage rescue missions in France and around the world.

It turns out Proutou and Rocancourt have been friends for years.

SEE ALSO: Here’s a documentary about the prolific scammer:

Tell me more about this guy Rocancourt?

It’s hard to say who he really is, given the tangle of stories he has woven in the past couple of decades.

He is best known for his scams in the 1990s in the United States in which he posed as everything from a movie producer, boxer and even a French member of the Rockefeller family.

The goal was always to get the rich and powerful to invest in his schemes, which he did by convincing his high class targets that he was a wealthy high flyer.

He paid for lavish dinners in cash, wore fancy clothes and dropped names.

Who were his famous victims?

He stayed for a time at the house of actor Mickey Rourke and convinced Jean-Claude Van Damme to produce his next movie.

While wining and dining the wealthy and ripping them off, Rocancourt also managed to have a son named Zeus with Playboy “Playmate” Pia Reyes (Miss November 1988).

But his lies and deceit eventually caught up with him and in 2002 he was sentenced to five years in an American prison for various cases of frauds and numerous scams.

Did he carry on any scams in France?

According to the French legal system, he most certainly did. In 2009 he allegedly conned French director Catherine Breillat out of €700,000, by taking advantage of her weakened mental state caused by cerebrovascular disease.

And he did after all get his start as a conman in France by faking the deed to a property that he didn’t own and then selling it on for around $1.4 million in the 1980s.

He wrote a book, right?

What would the charming conman be without the tell all book about his free-spending lifestyle, famous pals and brushes with the law?

He recounts his party lifestyle with pals Marlon Brando, Elton John, Hugh Heffner, Vincent Gallo and then the rude shock of waking up in jail one morning. Gripping reading, but please note it was written by a man who made his money teling people story that were mostly not true. 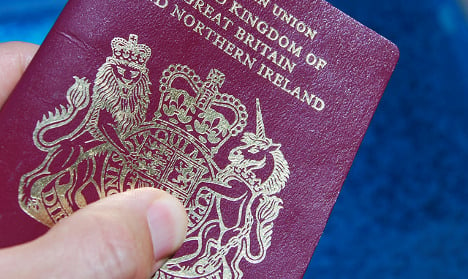 TOURISM
Travel in France: How to avoid getting your passport pinched
FOOTBALL
Marseille victim of €700,000 Chinese scam
Url copied to clipboard!